Ways to deal with prejudice

Human beings are born with the (sometimes bad) instinct to pre-judge people based on limited information or without sufficient knowledge. This nature is called prejudice. It is surprising that in this modern world with lots of global exposure, educational benefits, civil rights, and other legal systems in place, prejudice and bigotry still find room to survive. Here we have given some effective ways to handle prejudice related conflicts.

Distance yourself from the situation fully 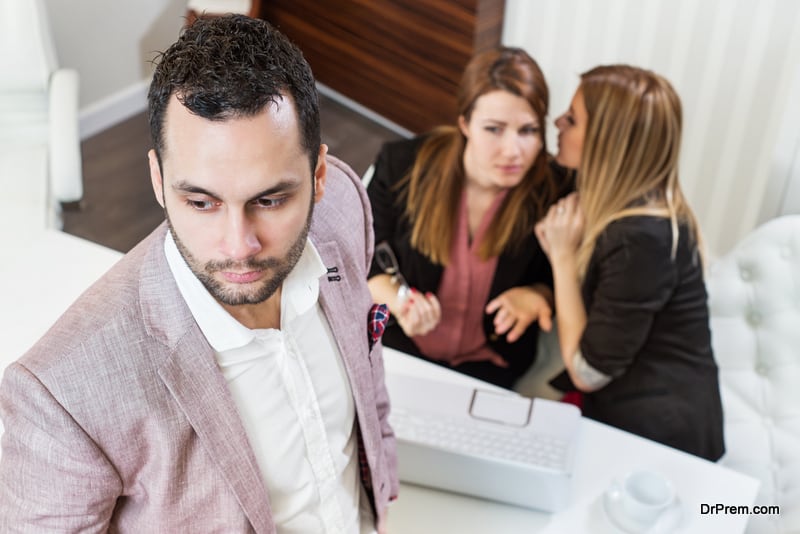 Those who have experienced prejudiced behavior from others know how traumatic the situation is. Most of the times, people who are subjected to senseless prejudice often feel incapable to deal with it probably because of lack of support systems. If you get trapped in such kind of a situation, to deal with prejudice, it is better to walk away or turn your back. In other words, you will be forced to do this and this tends to be the best option. Reacting provocatively or violently will make the situation worse resulting in more damage to your self-esteem. In order to avoid more scars on your self-worth, just walk away from the scene.

Bring awareness through the power of words

Believe in the power of words and bring awareness about prejudices and racism that still exist in this professed modern society. To deal with prejudice, oppose racist views and practices based on your own or your colleagues’ experiences. Do not adhere to criticism tone and understand the fact that people resort to prejudice due to their own ignorance. Use words to educate others regarding the issues. According to experts, fun and creative tools such as arts are powerful weapons to fight prejudice and other racist issues. Vocalize your discontent at the biased state of affairs and express your point of view effectively. This will help other people to reflect on issues of prejudice related conflicts and come out with changed attitudes. Let others understand the severity of prejudice and the degree of pain it causes to people who are incapable of altering their color, disability, gender or sexuality. 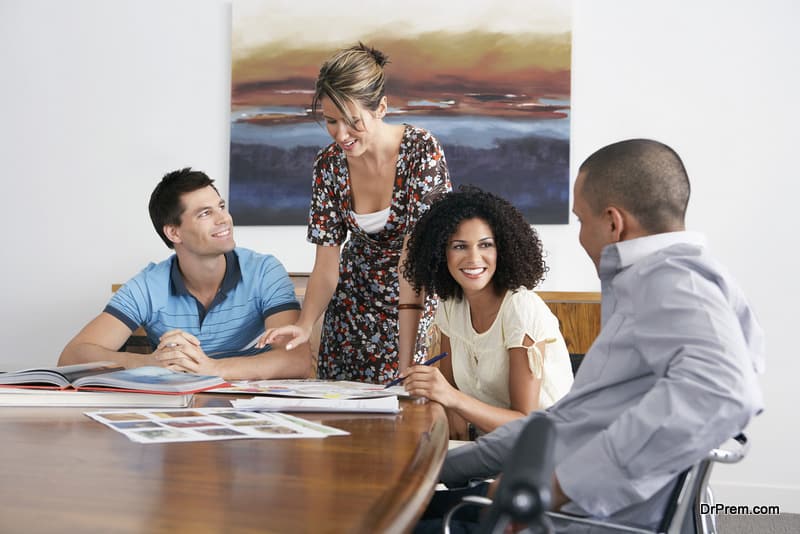 Indulge in social activities to get to know more about other people’s feelings regarding prejudice. Make all the efforts to help each other and share information and experiences. Be a model to others by showing respect to one another. Stay away from anti-social activities such as spearing bad rumors about other people and showing interest in hate campaigns. Interacting with people of different languages, cultures, and nationalities will broaden your thinking spectrum enabling you to accommodate more people without any prejudice attitudes.

Form action groups to promote harmony to deal with prejudice

To deal with prejudice, take the initiative to form your own support group to assist others to receive the esteem that they ought to have. California Tomorrow, Anti-defamation League and Center for Applied Linguistics are some of the support groups that are already out there functioning properly. Create awareness among people about the existence of these groups. Teach others to treat people the way they want someone to treat them. Be willing to act for people who are struggling with prejudice. Read widely about the topic, join in support groups and campaigns, form support networks, and advocate the cause effectively.

Take it to the court 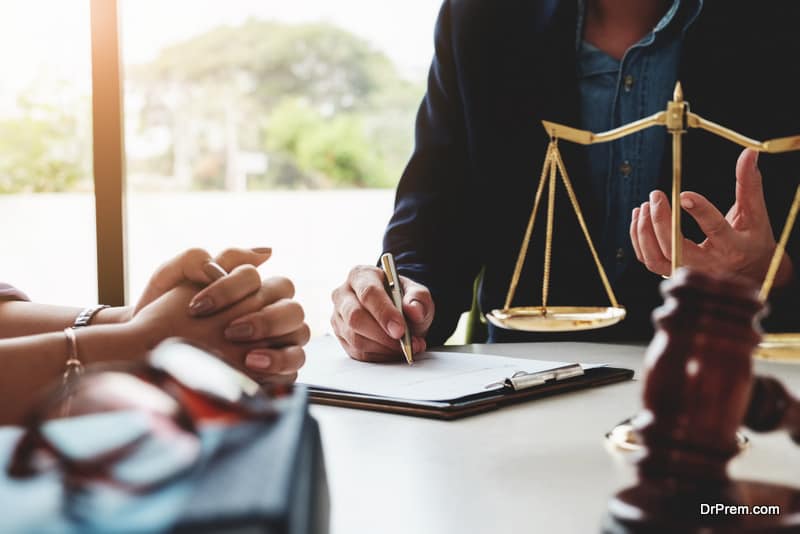 If someone treats you with prejudice, they deprive you of the basic self-respect that you deserve from others. This certainly is a violation of the law and hence you can take the case to court to get justice. You need to be aware of the difference between prejudice and discrimination. You can seek legal advice if the natural instinct to pre-judge has resulted in discrimination.

Dealing with racism as a form of prejudice 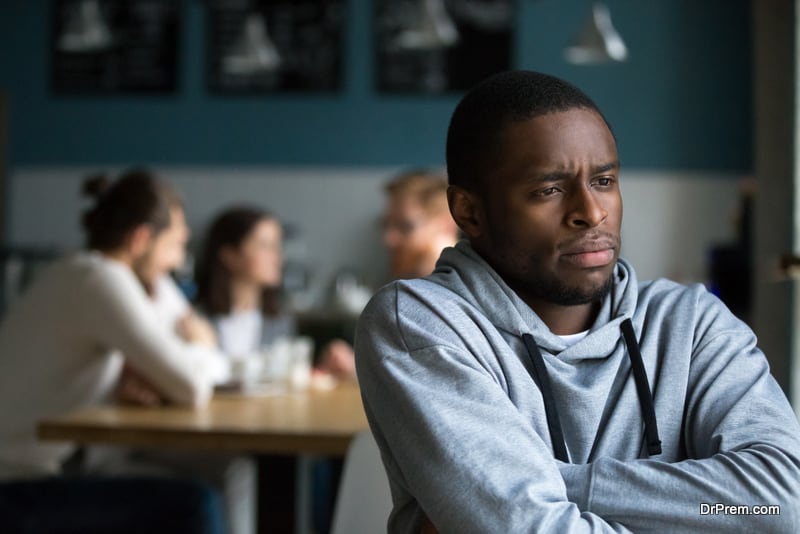 The basic feature of racist is to believe that people with other skin color or origin are different in character as well as in ability from him. In most of the cases, it is all about considering the personal race as superior to others and thereby creating prejudice and discriminatory instances on the basis of it. Here are some ways to deal with a racist.

Dealing with racist employee and coworker

Racial discrimination in professional life is very common and directly hampers performance. In the case of an employee, you need to ignore most of the times, but under regular circumstances, it is better to speak out in the most polite manner. You can just say with a smile, “Boss, I appreciate your sense of humor” or can say “Hey Boss, now that really hurts”.

However, if the approach continues, then just admit that you cannot change one’s upbringing. The same is applicable to a coworker. If your coworker is making some abusive comments by referring to your race, then initially ignore it or just take it lightly.

But if he continues with his declarations then you can try preventing him by saying things like, “What made you say that?” or “Come on, that cannot be appreciated”. In fact, in case of a coworker, you can actually ignore him at your best or else can give some unwelcome attitude.

Dealing with racist teenagers and children 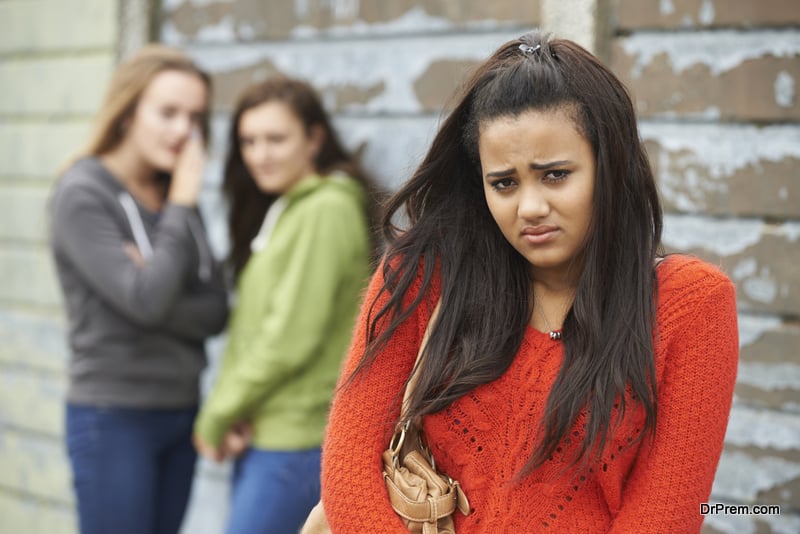 The children and teenagers in general are more open about their feelings and in many cases adopt the way of addressing people as per racial identity. As for instance, they can use terms like “White/Dark dude!”

For many teenagers and children, people with white skin represent the upper class and likes to be addressed as ‘white’, whereas to look down upon someone, they are comfortable in addressing as ‘dark’.

It is your moral responsibility to discard such behavior in anyway. No matter, whether you are white or black, just discourage such attitude of teenagers and children, in order to offer him/her with a better personality in the future.

Dealing with a racist friend

In case you have got friends from other racial origins, there can be instances when they might not show their racial discrimination to you but can act adversely to others from other ethnic groups. Just remain beware of such friends.

These people are racist by nature and can imply their racial comments on anyone. However, while maintaining a necessary distance from such people, always see the positive side of your friendship and if possible have a common talk about how you feel about people who discriminate or follow prejudice and can make him meet with people from different communities to suit the friend’s temperament.

It still remains difficult to change people’s opinions, but in case of friendship, if you feel the friend will understand then you can always go ahead in making him get rid of this habit of racial prejudice. 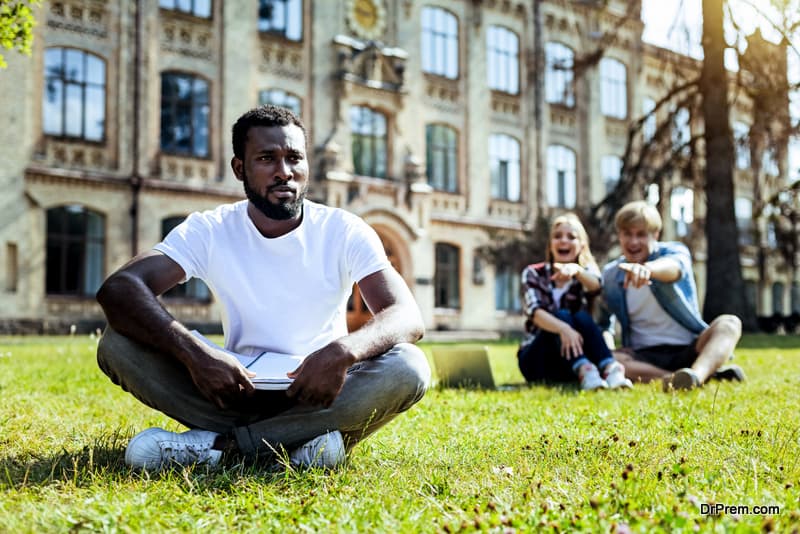 There are people who take fun by tracking racist jokes. If you ever come across such performances, then just don’t laugh or smile. You can also oppose such activities by leaving just before the punch line. Make the joke cracker feel the insult for his unwanted joke.

If these tips do not work, then just question the joke cracker about when is he going to add some positive approach to his sense of humor or will get out of such stereotypes. You can end up saying that in general the losers are offensive and hope the same is not happening to him.

As for the comment that starts with “those people” repeat the same with the respective ethnic group of the speaker. Be logical in remarking on that particular group and start your sentence with the same phrase that is “those people“.

When it comes to the dealings related to parents with racial prejudice, there is one thing that you must consider, that is ‘charity begins at home’ – that you must negate.

On the other hand, you can attempt to talk to them.  Moreover,  introduce them to various friends from different community to remove the difference. But this is not always easy. In case your parents discover that you are in a relationship with someone from a different race, they can start being themselves and can create hurdles for you. It is thus necessary to remain open to your parents. Follow positive and very calm ways to convince them about your trust that stands beyond any ethnicity, culture or religion.

At best, you can share your problem with your partner. With his/her cooperation you can resolve the mental status of your parents to a great extent. Disobeying your parents can increase prejudice. So always make a point to make them understand your values and beliefs. Do this so that they can feel their discrimination on the wrong side.