Everyone wants to be in a good, healthy and loving relationship. For being in a relationship one has to be willing to go on dates and try the dating scene. Chances are that you may get dumped if the partner is looking for something else and has not found that in you. Also many times you might be the one to dump. These situations arise in everyone’s dating lives. Most people have had relationships in the past and have ended by being dumped or by dumping the partner by moving on. It is just the way it is these days. But being insecure and not confident about one’s prospects in a relationship and having a fear of being dumped is present in many people.

The fear of being dumped 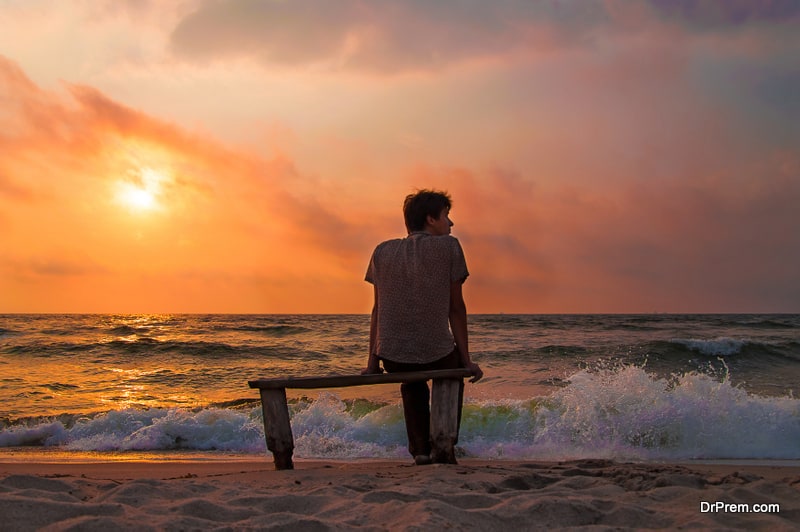 Many people are very insecure about themselves. These insecurities may be about how they look, their intelligence or what they think is lack of intelligence, their weight, and many other factors. They are not confident and have the fear of being dumped by their partners while they are in a relationship. Also, many people fear going into relationships because of the fear of being dumped. They feel that they will get too involved in the relationship and will not e able to properly handle when dumped by their partners.

How to overcome the fear of being dumped 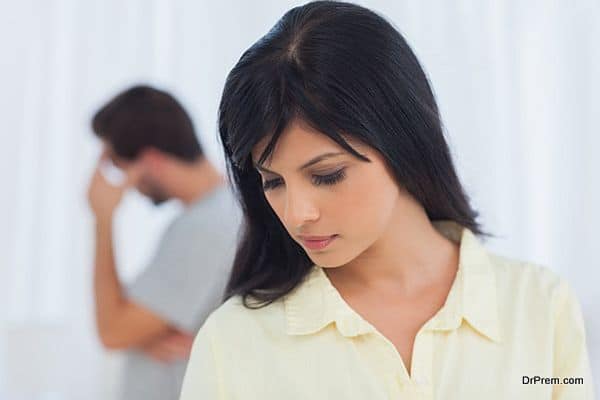 No one can deny that being dumped is one of the worst things that can happen in life. However, as with everything in this world, we must try to deal with the terrible feeling. Here are some ways to move on in life after getting dumped.

How to deal with getting dumped

Almost everyone is ‘dumped’ once in life. It makes you feel like you are down in the dumps and there just isn’t enough chocolate in the world to make you feel better (it’s impossible). But remember, you are not alone and there are a lot of people around you to help you overcome this phase. Here we have given some ways to deal with it. 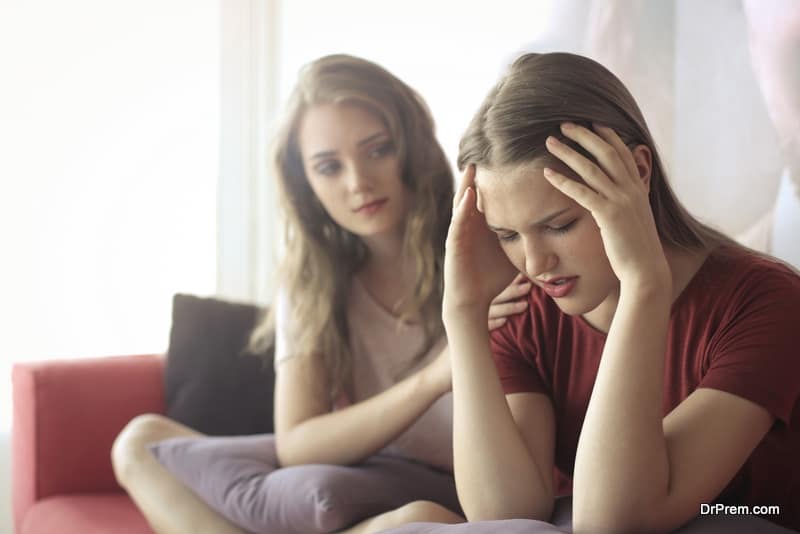 Firstly, tell all the people you interact with on a daily basis that your boyfriend or girlfriend has broken up with you. Try to avoid using the word ‘dumped’. Do this the very minute you speak to your friends or family. This will prevent them from talking about your ex which is half the battle won. However, don’t be a cry baby in front of everyone. Also, get rid of all things that remind you too much of him or her. Delete all their emails and texts. Take them off your facebook. If you listened to a particular song because they liked it, delete the song. This will make the process much easier. Don’t keep it all bottled up inside of you as there is a good chance you will explode sooner or later.

The best way to do this is to call some close friends at home for a sleepover. Pop open a bottle of wine and get cracking! The bio-data of your ex will pour out effortlessly and you will have a great laugh at it too! Also, since you are making it a party, treat yourself to some chocolate and ice cream too! But remember- sharing is not the same as over analyzing. Speak and then move on. Don’t try to figure out what went wrong. He or she is just not worth all the time and effort.

Rebound is not good

Don’t go out with someone just because you had a breakup and are looking for rebound sex. You will only end up hurting yourself. Especially someone that your ex hates. Dating is not about getting even. It is about finding someone nice you can spend the rest of your life with. Also, don’t let others take advantage of you. Try avoiding the company of those people who might ridicule you for getting dumped. You are smart enough to know who your real friends are. Stick with them. However, this doesn’t mean you stop meeting new people. Meeting new people is in fact, the perfect ointment! Go on facebook and start talking to an old friend you haven’t spoken to for ages. There is no better revenge than starting afresh!

Get out and party 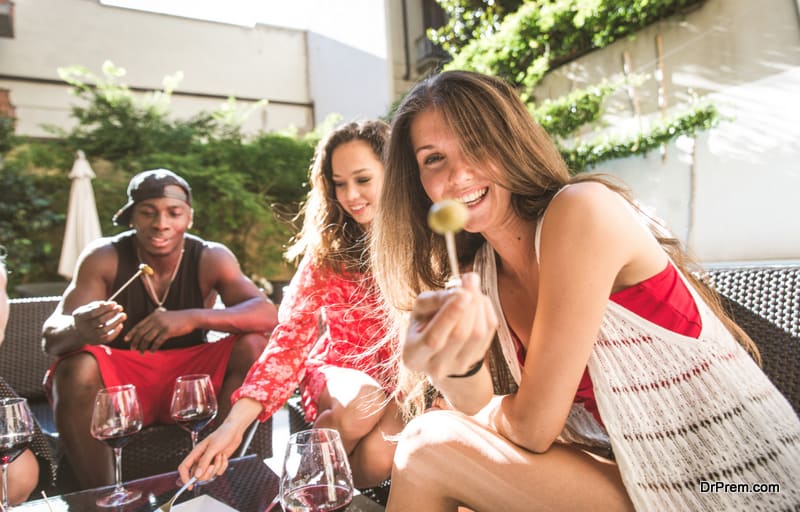 Staying all by yourself will simply upset you. Go out. Always be in some fun company. Shop and pamper yourself. Ask your friends for an evening at the spa. Catch a movie or just down 5 shots of tequila. With an awesome company, the world is always a better place. Go clubbing or have a hen/boys night out. See a football game or a stand-up comedy show. With all that socializing you will have found someone better in no time.

Whenever you are in a relationship, it always seems like that your life is perfect and there’s nothing wrong with it. However, this is clearly not the case, because if has been that way, then there would have been no breakup at all. If you had a breakup with your partner, then it certainly means that there was something wrong in the relationship which must have been ignored. If you continue to be in such a relationship, then these problems are going to arise, sooner or later. Understand the fact that it’s time to get out of the relationship. You have to let it go because it was meant to be like this. Even if you don’t feel ready, then too you need to move on.

Allow yourself to be emotional 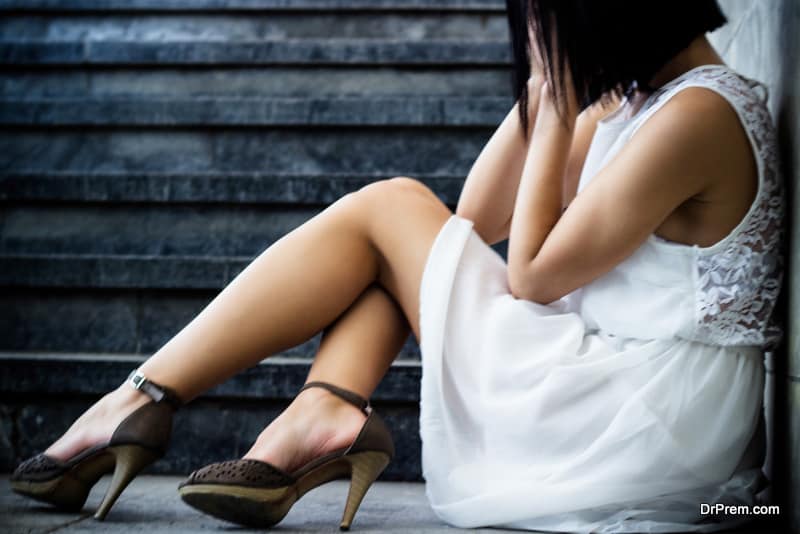 A breakup always hurts and is likely to be highly upsetting for you, so there is nothing wrong in getting emotional. Bottling up your emotions is never going to be good for you. Have a good cry if you are upset. Showing your anger is another way of letting the emotions out of you, but make sure that your anger doesn’t get the best of you by hurting yourself or others; screaming or punching your pillow can do the trick. These methods may seem to be redundant, but you will be surprised by how much better you feel by letting these emotions out of you.

However, don’t let your anger and emotions affect your confidence. Being dumped by someone does not mean that you were a bad partner or something was wrong with you, it just means that you were not made for each other. A relationship is about how much suitable are you for each other, not about how adept were you at dating your partner. Breakup implies that you guys were not compatible with each other; it does not mean that you won’t be compatible with others.

You may often feel like that you can get over your ex simply by thinking about all the things your partner did wrong. People always think that working themselves up into a rage will make them feel less sad about the breakup. However, this strategy can never turn out to be constructive, you will just end up ruining all of your happy memories. Instead of thinking about all the wrongs, try to focus on the positive things that came out of the relationship. Think of it as something nice that happened in your life and is now over. This way you will learn a lot about being in a healthy relationship. Next time when you get into a relationship, you will be more likely to make it work. 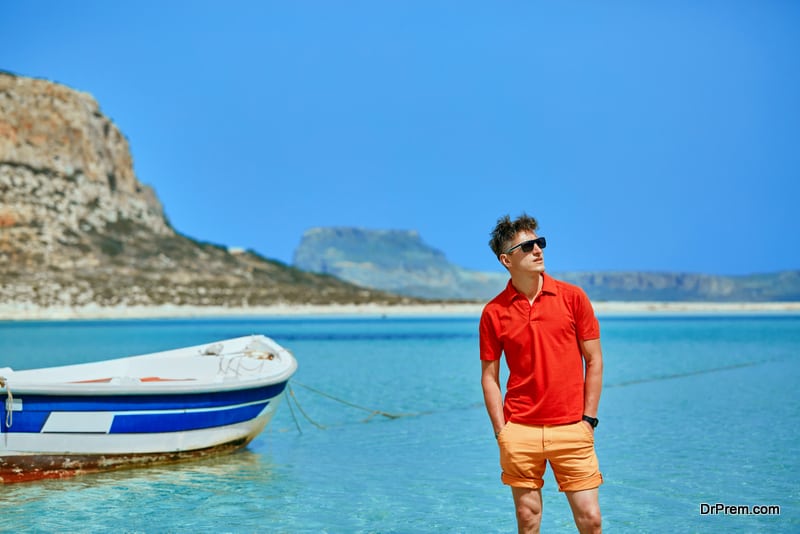 Being single does not mean that you cannot stay happy. Being single has positives of its own, you just need to find them and soon you’ll be enjoying your life more than ever. You are certainly going to enjoy the feeling of being independent, now you don’t have to feel responsible for your partner. You can flirt with other people and spend more time in the company of your friends.

Moreover, you can now focus on other important things like your career. You can also have some fun by making your ex regret their decision, you just have to focus on looking good and more confident and they are certainly going to feel that they made a blunder by dumping you. Try to look that you are coping well and nothing has changed in your life, but all these things should not be done entirely to make your ex feel bad, but for your own peace of mind.

Don’t try to win them back

Sometimes, it may be appropriate to win your partner back, but in maximum cases, it has been observed that forcing the issue too much doesn’t help. If both of you are willing to make things work, then there is nothing wrong in giving another chance to your relationship, however, if your partner has ended the relationship abruptly, then chances are rare that they are thinking of getting back into the relationship. At the same time, if you keep pushing the issue even when they are hardly interested in getting back together, then it will make you look more desperate. This way, they will seem to enjoy greater control over you making your life even more miserable.