I still remember the wonderful story of the Incy Wincey spider that my mother told me off when I was small. That was the first step to my days of learning. It was the story of a small spider that never gave up and tried, tried and tried again until it succeeded in climbing up the water spout. This is life! Life is full of challenges as well as defeat. Defeat is something which is inevitable. However that does not mean that once you get defeated, you stop trying and sit back. You should keep on trying and trying till you succeed in life. As rightly said,” Failure is the pillar of success”. It is a very common phenomenon for people to fall or get defeated but the real man is he, who will rise up after falling and try hard to reach his destination. 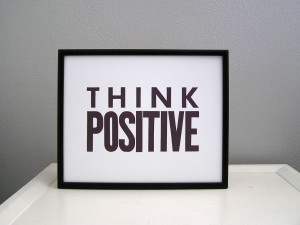 As rightly stated by Chinese philosopher Confucius, Our greatest glory is not in never failing but in rising every time we fall”. Take a look back in to your old ages and think of the number of times that you have failed in life. You must have felt miserable when you got defeated at the hands of your friends, brothers or sisters in a game of chess of a in a running race. But did you give up? For most of us, when we get defeated, it feels like the end of the world. We feel miserable and someone who can never be of any good to the society. But this simple feeling is very wrong. You should always be optimistic and positive about life. Why do you feel the way you do? Have you ever thought about it? Now rewind the clock for a few minutes and think what would have happened if you thought the other way round?

Think that “failure is not everything. I can try and do it again, and this time I will succeed. I will not give up”! This very thought will bring positive vibes in your mind.

Think you some of the very famous people who failed in their life for the first time. But they did not give up. Think about Bill Gates. He dropped out of Harvard University after which he failed in Business. Technological freaks can look up upon Steve Jobs who failed big time while launching 7 products. The great Albert Einstein could not speak a word till he was 4 and better he could not read till he was 7. Did they give up on life? Looking on today, they are some of the most famous people in the world. Walt Disney was also initially rejected because he had no imagination. Today Walt Disney cartoons and movies are dominating Hollywood. If these men gave up on their hopes when they failed, could be have been where we are today?

Famous men have always had failures in life, but they have never given up.

Never compare yourself with others

You should never compare yourself with others. You are you and you are a person who will do well in life. Why would you want to be Steve Jobs or Bill Gates? Can’t you have a new identity by which you would be recognized? You might have a certain aim and objective in life. Never give up on that aim. Though people’s lives, scenarios and circumstances are different, you will definitely succeed if you try. If you get knocked down by challenges, stand up straight. Have confidence in yourself and say I CAN. Face the fear and then courageously fight it.

Life will have a lot of challenges. We should know how to encounter those challenges one by one. Do not be scared. Face it. Failures are always better then fear.

Think of the people who have been protecting us day and night. The Army .They always survive with a sword hanging over their shoulders. Are they scared? No. They fall down and rise up again. Go that extra mile and let your limits soar. If you give up ion what you were doing today. You might not know what may happen tomorrow. Be brave and inspire your next generation so that you can be remembered.

So the ultimate saying remains- Never give up.