“To avoid criticism, say nothing, do nothing, be nothing.”

[This statement of anti-advice has been attributed to two very different figures: the ancient Greek sage Aristotle and the American aphorist publisher Elbert Hubbard.] 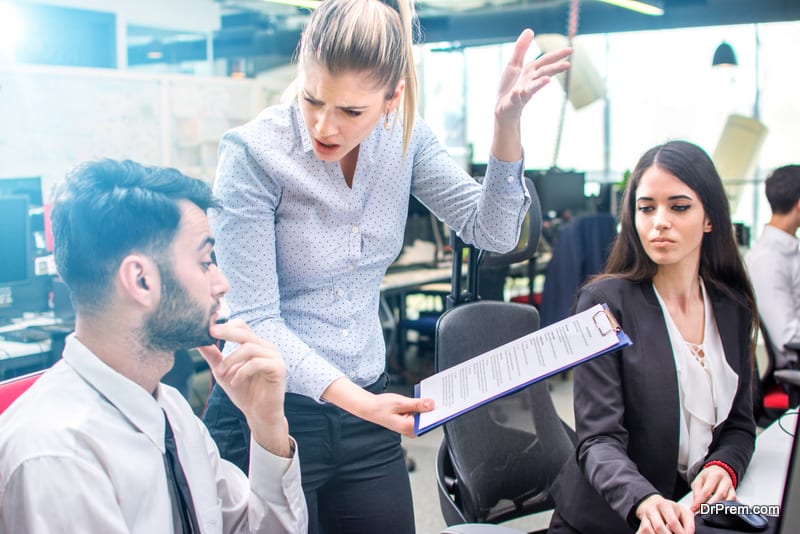 The quote says it all. Anything you do will have opinions gathered around it. Only if you are doing nothing at all, you can avoid criticism. Take criticism as a sign to know that you are working.

There are many flavors of success including praises, criticism and unfair criticism. When you are successful, you know how much it took you to reach the place where you are. You get attached to your path and idea of your success because you have lived every moment with it. When someone praises you, you feel good as your efforts are getting appreciated whereas if you are criticized, you feel the urge to react in order to protect your idea.

The protective reaction is very natural. You first need to understand whether it is genuine criticism, i.e., you need to have a thorough reality check. Secondly, if that’s not the case, it might be unfair criticism.

“You have enemies? Good. That means you’ve stood up for something, sometime in your life.”
– Winston Churchill

There are endless things that you can be criticized for. If you give your opinion, you take a stand for somebody, you achieve what you have always been aiming for, you introduce some new concept, or you start up something that nobody else has done and so on.

“One mustn’t criticize other people on grounds where he can’t stand perpendicular himself.”
– Mark Twain

Dealing with unfair criticism can be tricky. We first need to understand what unfair criticism is. People might merely give their opinions without understanding how it feels to be in the other person’s shoes.
People watch cricket for their entertainment. When a cricketer, who always gives his best performance, does not perform well in one match, nobody will excuse him. He will be criticized for his bad performance in various ways like he was not focused, he did not practice well, he was over-confident, etc.

When you face unfair criticism, there are some points that can be helpful in dealing effectively with it – 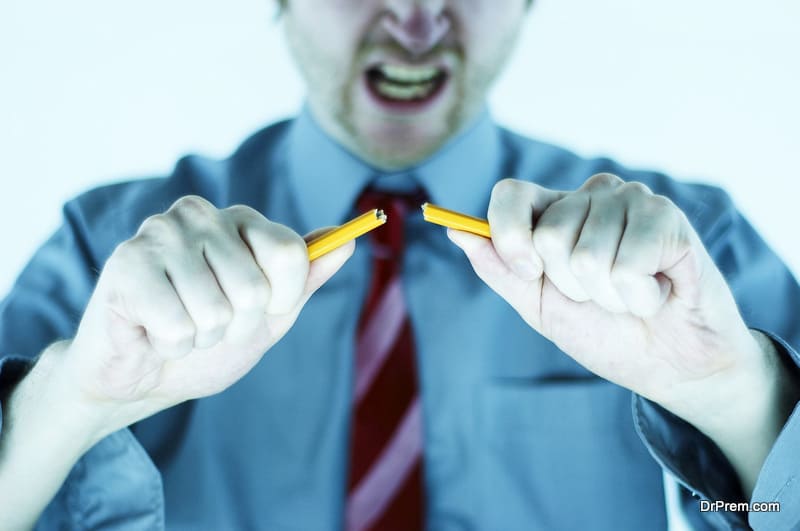 Don’t give the critics an authority to drive your vehicle. When you are driving the vehicle, you know exactly where you want to lead it whereas if critics take up the steering wheel, they get the authority over where to lead you.

You need to have faith in your work. No one apart from you knows the amount of efforts you have put in. Developing any reaction like anger or frustration in response to the criticism will mean that you gave the critic an authority to change your temper or as explained in the example, give an authority to them to drive your vehicle.

Don’t dwell into the words of the critic

Hear out what others have to say but don’t hold on to any point of view. It’s important to let go. Holding on to the criticism will only make you vulnerable to negativity. We often end up thinking and re-thinking about the negativity that has been triggered towards us. It is very natural as humans that we focus more upon the criticism than the praises. The Prospect theory says that we are more likely to concentrate on things that have unknown probabilities. While focusing on keeping away from the negative, we often neglect the positive.

We need to focus more on the positive rather than the negative. The positives can help us move ahead with our tasks whereas the negatives will weigh you down.

Reality of the situation 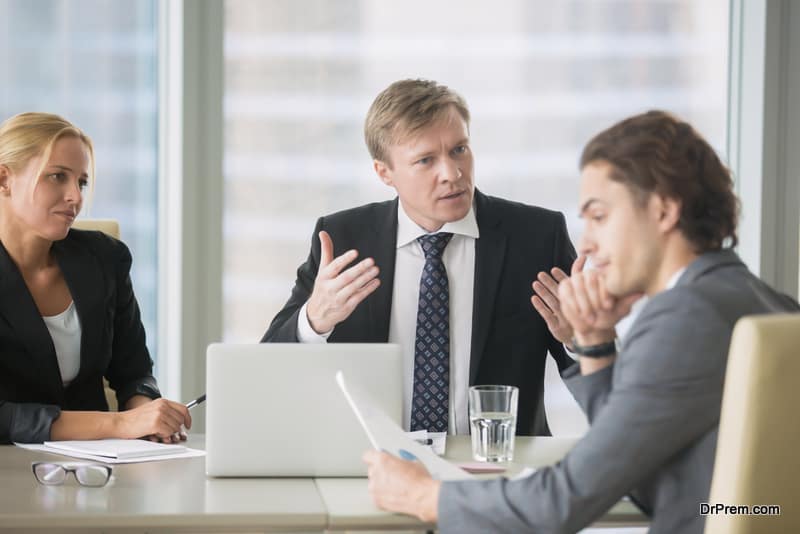 As mentioned earlier, you must first have a reality check of your situation. If someone is criticizing you, think whether you are lacking somewhere. Being honest with ourselves is very crucial in any kind of situation. If we are not honest, it is self-deceit. We are fooling ourselves by not viewing the actual situation. We try to believe in facts that are not true and maybe the critics are in a better position to catch hold of that. It will not only give a chance to the critics to be more powerful than you are but also you will be in a very vulnerable position to such criticism. 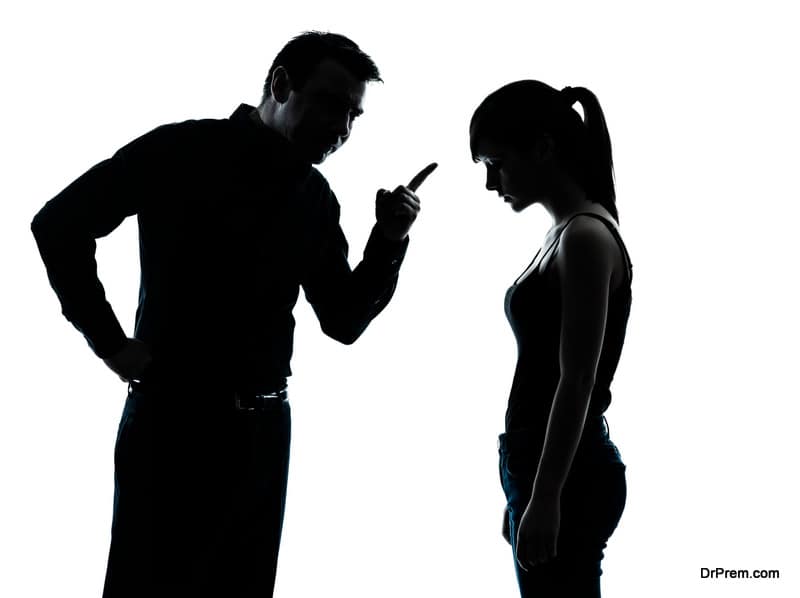 Giving a harsh reaction can lead to a disturbance in your own thought process. You might react at the moment but later on regret reacting to something that does not matter. So if someone is being rude, simply ignore the person or if it’s a senior or elder, politely postpone the topic and avoid it. Prioritize and understand the opinions of who matter to you and completely let go of those opinions that don’t matter.

Body language is one aspect that can help avoid someone in such a situation. Cut eye contact with the person. Eye contact is a very important aspect of a conversation; so when there is a restriction in eye contact, the person talking to you might get the signal of not talking further. In addition, moving away from the scenario can also aid the requirement.

Think about how the criticism can be applied positively 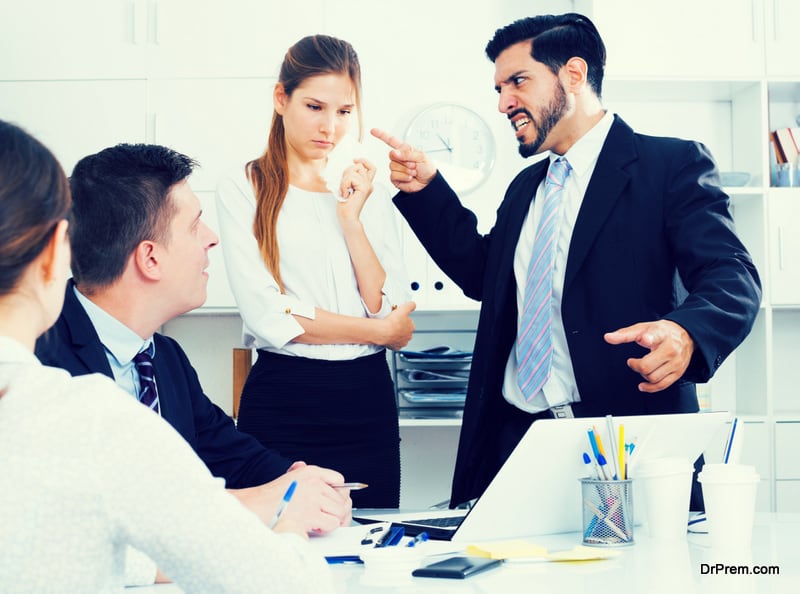 Be it constructive or unfair criticism, lessons can be learnt from both. If the critic says something that is unjust, instead of feeling bad about it, you can simply try to observe the critic and understand why they are being negative. Moreover, it can also help you deal with other such comments coming your way later on; your mind can get resistant to such kind of negativity.

“Don’t be distracted by criticism. Remember – the only taste of success some people have is when they take a bite out of you.”
– Zig Ziglar

Unfair criticism is something that we cannot avoid. In order to keep moving forward, we must keep a distance from it. Criticism is a part of any kind of success of beginning. Its value diminishes as and when you stop giving importance to it.