Tribal tourism has been a tradition over the past years rolls since human civilization dawned on earth.The journeys were tiring and treacherous. Frequently, the original team lost a sizeable fraction of the members. Finally, only a few could only make the completion of the tour.

Journeys were accomplished mostly on foot. Primitive canoes sailing across predator infested waters may have been a second option of transport.Assaults from rival clans led to bloodshed and slaughter when encounters materialized in travel routes. The wild predators struck from behind bushes and led to further loss of lives. Then there were earthquakes,Tsunamis, and volcanic explosions together with other natural disasters that claimed human lives in large numbers.But these menaces did not discourage our forefathers from taking fearless expeditions into the unknown realm.

Cave paintings and rock art clearly indicate the ancient tribes did not spend a sedentary life. They were on constant move hunting,gathering and exploring for new pastures.Large number of people moved across the globe sometimes for a brief span and sometimes permanently never to return again to the land they had left behind.

The Spaniards had been in contact with the indigenous tribes of both North and South Americas.Pre-hispanictribal cultures saw marauding Spanish advances. Civilizations that grew along the Andes in Columbia, Ecuador, Peru and Chile had Spanish explorers in their exquisitely beautiful country as did the Meso-Americans of Mexico. A multitude of reasons led to the Spanish expedition for the fabled gold reserves of the Inca,Mayan and the Aztec Indians being the chief driving force.

During the late 1400,tumultuous blood bath ensued from fierce battles waged between the greedy and power hungry Spaniards and the local Indians. But the strife and gore could not put a discouraging obstacle to the Spanish exploration into the depths of South and Central American wilderness infested with animals and primitive tribes. These are perhaps the earliest examples of human forage into the wild tribal world.

The Caribs were another tribe fierce and warrior like who came in conflict with the Spanish empire builders. They are believed to have emigrated up from the Orinoco basin in South America and settled permanently in the Caribbean Islands. That the Caribs practiced cannibalism largely may have been a myth. Nevertheless, they put up a stiff resistance against the Spanish trespassers.

Archeological and paleontological studies reveal the presence of European skeletal remains in certain sacrificial altars that the Aztecs and Mayans built as religious structures. Could the Spanish explorers who dared into the unknown realm in search of thrills of tribal tourism be destined to meet such a horrifying fate?

The early European colonialists,traders,adventure seekers and explorers frequently crossed path with the tribes they met on desolate islands scattered all over the globe. Mysterious drumbeats echoing off the sailing ship belonging to the civilized western world had been inspiring themes for adventure movies.

Captains of steamers cutting across the river Congo and Amazon and its network had often met with tribal chiefs along the banks demanding salt and slaves in exchange for ivory and gems. These trivia are all based upon historical expeditions made by legendary explorers moving through the beautiful and yet dangerous tribal lands.

History of tribal tourism includes the visits by the Christian missionaries as well. Pagans and animist tribes guided by the dogmas of shamans and witch doctors had a tough life constantly demanding explanations for the disasters,diseases and pains suffered.

Clan wars,human sacrifice and finally cannibalism came as an answer to appease the gods and demons spewing wrath. Indoctrination into Christianity came as an alternate solution that made the tribal society more stable and tranquil. The dedicated missionaries had their share of tribal adventure and also the pain,threats and peril that went with it.

History has it the powerful central Asian Kushan and other empires often had encounters with several fierce tribes scattered all over the place.The central Asian tribes were in constant motion and were expert horsemen. Myth has it they even ate and slept on horseback. No doubt the big empires had a tough time taming them whenever and wherever they crossed the path.

Early accounts of tribal tourism are portrayed when way back in 1838 when the British explorer James Brooke met the fierce tribes of Borneo, the warrior like Dayaks.He, infact, was trying to help the local ruler in curbing a Dayak rebellion and ultimately succeeded in subjugating the Dayak tribe.

Conflicts with the Dayaks also took place in the late 1800 when the Dutch settlers confronted this tribe. Cult of headhunting and clan wars surfaced and the atmosphere was charged with mayhem.However, during the World War II, the Japanese soldiers in Borneo met the Dayaks and as a consequence butchery and bloodbath followed. 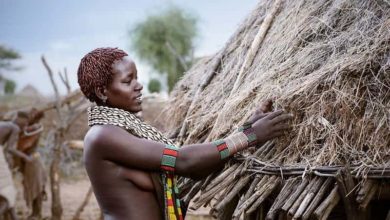 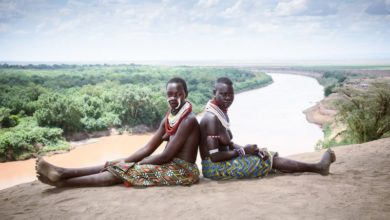 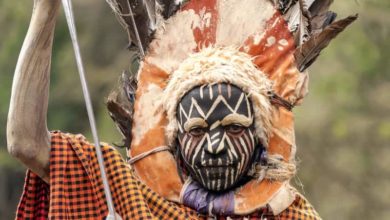 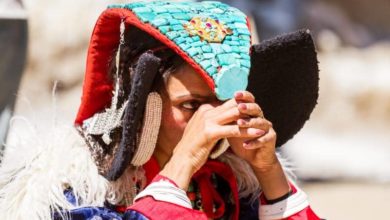