Innovative steps have been taken by a consortium of three countries to promote the ‘Indo China passion festival’ in a big way. The countries are Vietnam, Cambodia and Laos and they have opened a tourism promotion cell in Paris for showcasing the cultural exhibits and colorful festivals having a rich legacy. This is in fact the first time such a massive event concentrating on festival wonders being organized by the three countries and promoted by the Vietnam Airlines in Europe. The tourists from the western world need to get an exposure to the amazing cultural and festival experiences the Indo Chinese nations have in store for them. The embassies of these three countries located in Paris are holding the sponsorship of this Indo Chinese festival tourism. The primary objective is to bring about an environment where the foreign tourists and festival enthusiasts can have a wonderful exposure to the excellent cultural bases and rich capabilities of these nations so far as traditional festival celebrations are concerned. The festivals are innovative portals to attract foreign tourists to Indo- China. To help facilitate mobility of tourists, Vietnam Airlines membership in the global airlines franchise helps tourists to travel between Vietnam, Cambodia and Laos with considerable ease. Visitors to the festival can have a wonderful experience of traditional dances, dramas and plays linked with legends, epics and mythology. At the same time, enjoying culinary delicacies and the beautiful landscapes is an added bonus.

An honorary award called “Fiestas of International Tourist Interest” is bestowed by the general secretariat of ministry of tourism for events, festivals and glamorous shows that give a convincing picture of evidence as to the cultural and festive grandeurs in Spain. Special emphasis is laid upon displaying intellectual features that make a festival or carnival truly appealing to the foreign tourists with a specific focus on the Asian market, which is believed to have a great potential.

The Australian tourism commission is taking a massive promotional step for attracting tourists from all corners of the world. Festivals, carnivals, tradeshows and events are showcased with a great hype. Sydney Mardi Grass, is for example, a very much celebrated festival receiving universal acclaim. The public infrastructure project have received an enormous revamping and upgradation of regional airports, highways, ferry waterfronts and cruising points are seriously attended so that the visiting tourists do not feel any hardships for moving across cities attending festivals and carnivals.

The Indian festivals have assumed a high level of popularity among the festival loving tourists. The Indian tourism board is quite aware of the fact and has initiated steps to popularize Indian festivals among the prospective festival freaks abroad. Recently, the public relations society of India had organized a festival in Bangkok in June’13 to promote international relations showcasing Indian culture and its depth. The attractions of the magnificent Melas (fairs) like the Kumbh and Gangasagar were highlighted. Millions of pilgrims gather to take a holy dip in the confluence of the rivers and sea which are considered sacred. The auspicious moment of the day just at the break of dawn is much awaited. These Melas had been legendary and were passionately patronized by the emperors themselves in the past. The entire concept is marketed with a wonderful presentation to promote the concept of festival tourism in India.

What is festival tourism?

Do’s and don’ts in festival tourism

How to get more information on festival tourism

Is festival tourism for you? 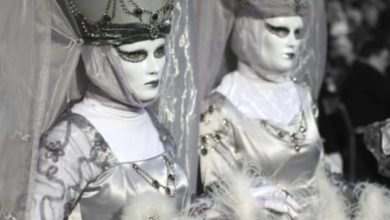 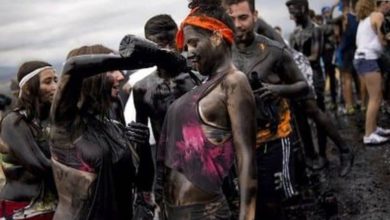