Loneliness, the oft-heard word is a hidden killer disease. This was announced in BBC news on 31st Jan’11. In this era of virtual hyper-connectivity, it is an irony we are getting disconnected more. We are coming under the grip of loneliness now considered an epidemic. It is increasingly viewed as a public health issue deserving attention and cure.

The Campaign to End Loneliness, a joint initiative from the private sector, government and NHS (National Health Service) in the UK is working to curb the devastating effects of loneliness on health. The country went further in appointing a Minister of Loneliness in 2018.  Loneliness is a common human emotion but with each individual, it varies in complexity and uniqueness to such an extent it assumes a disease. 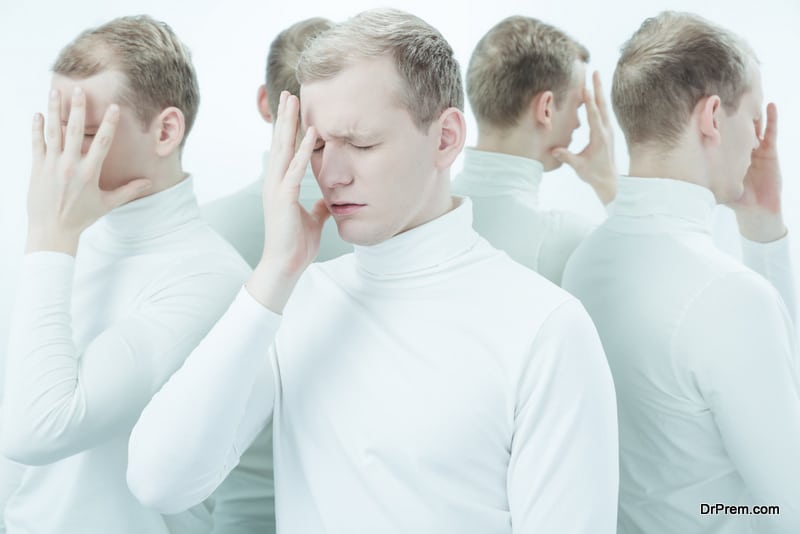 Loneliness is not equivalent to being alone. A generalized definition of loneliness maybe being in the state of solitude or being alone but the former arises out of compulsion while the latter can be more of a choice. It is the perception that matters when people start feeling alone or isolated. It is a state of mind when people do not find any meaning in life. They feel they are not properly understood and are unwanted entities in the world.

A negative and unpleasant feeling dwells constantly. People feel socially disconnected. They are always surrounded by gloominess. Loneliness is generally viewed as an outcome of mental health issues but for elderly aged above 60 it has turned out to be a disease by itself. 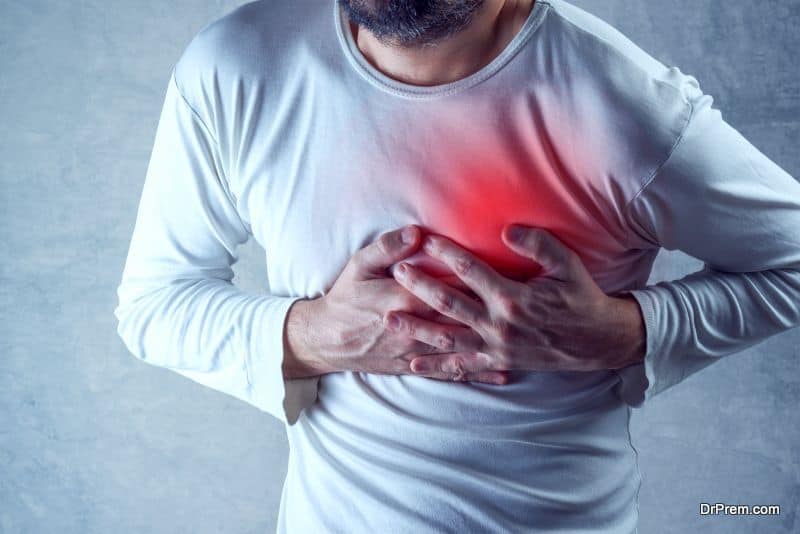 Loneliness is thus considered as one of the latent causes of hospitalization.

Older people are at a higher risk of loneliness: 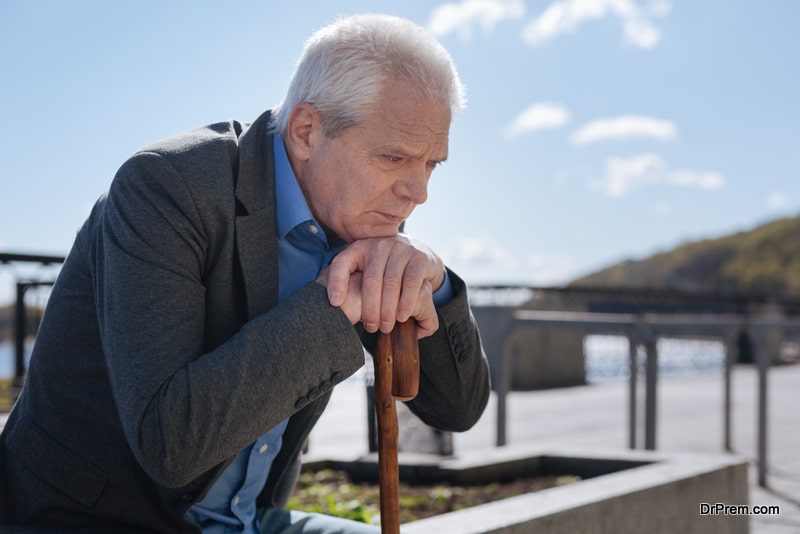 This initiates with the empty nest syndrome when kids get detached from the family in life’s pursuits leaving the middle-aged or senior parents lonely. The situation aggravates when these middle-aged people retire and aging sets in restricting their mobility and agility.

Separation from partners owing to death, medical emergency and other situations intensifies loneliness. People find it tough to come to terms with loneliness and are likely to succumb to it. What’s more, there is a social stigma attached to loneliness and older people are more likely to conceal it.

They might feel ashamed to disclose that they do not have anyone to take care of them nor any friend to interact with. They may suffer from a sort of inadequacy of not being able to nurture a caring ambience in the family or among friends.

Let us observe the following stats: 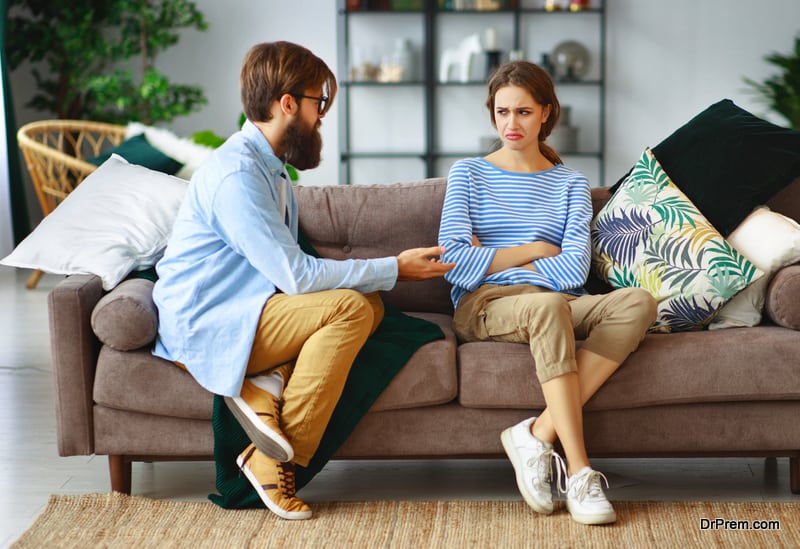 Older population with dwindling resources and physical ability dwells in a world of insecurity. They have less trust in others including family members. This sets the ground for isolation. The world around them doesn’t understand their mental state of fears and worries and leave them alone to suffer from loneliness.

Everything is not fine with the younger generation too: 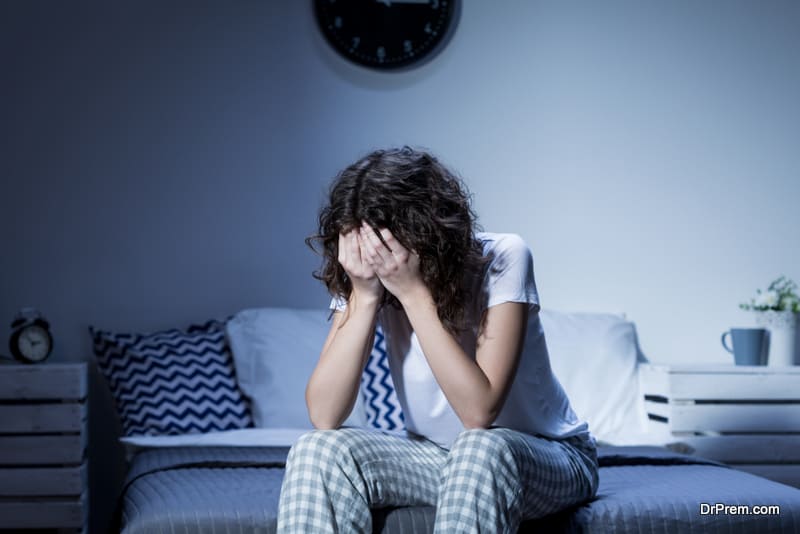 The emotional outcomes of young adults are different and so is their nature of loneliness. However, the feeling of left out or isolated is common creating the breeding ground of this disease.

Loneliness is a disease – a byproduct of modern thinking? 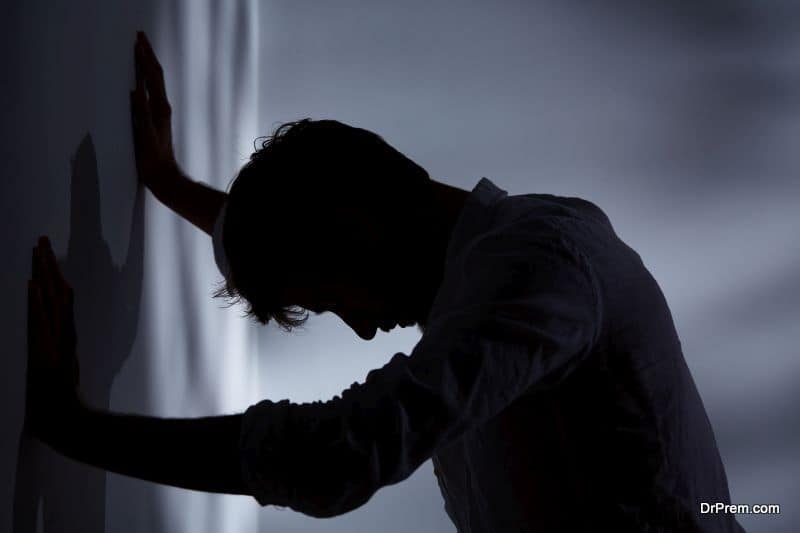 Before 1800, the word ‘loneliness’ never existed in the English dictionary. Earlier people dwelt in small well-knit communities. Their staunch belief in God made them feel they are never alone. They believed in a community that would always produce something good.

When the wave of modernization led human beings to focus on individualism, symptoms of loneliness started creeping in. Science altered thoughts and beliefs. Modern medicine separated the mind and body.

Why loneliness is a disease? 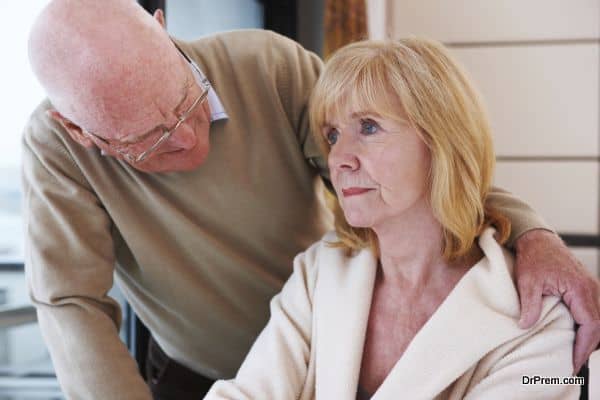 When isolated from others, individuals are likely to be under some sort of stress especially the older population. They miss the feeling of security which is present when among friends or near and dear ones. Their mind subconsciously works that they need to be more aware and alert of threats since they are living alone by themselves.

Their body always makes them prepared for a stress response. Stress triggers the secretion of certain hormones bringing physiological changes in the body. Experiencing a racing heart, shortness of breath, trembling of limbs, sweating of palms and muscular tension are all caused by stress.

These become more frequent with aging when the body doesn’t have enough strength to fight the stress response. Elderly people aware of their vulnerability in all respects are under severe stress when left alone.

Prolonged stress of living alone among a host of constraints takes a toll on their immune function making them more vulnerable to disease and infections. Stress leads to higher levels of inflammation, increases the risk of cancer, diabetes and heart ailments. This explains the increase in mortality associated with loneliness.

The importance of ‘human touch’ in healthcare to fight loneliness: 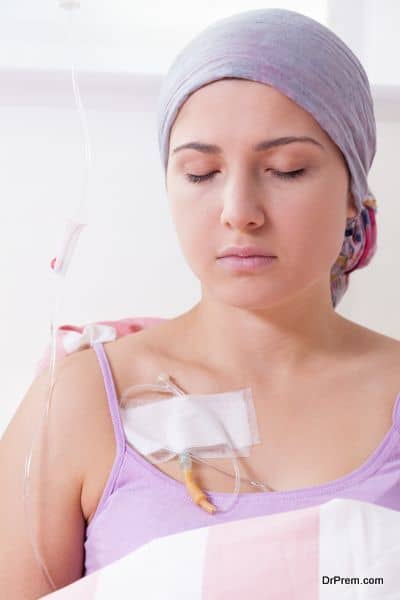 The sick are the loneliest. Even remaining confined to bed for a couple of days owing to any ailment at home will make you feel detached from the world. But for a sick person lying in the hospital bed for days, weeks or months, loneliness can be devastating. Consider cancer treatments that demand long hospitalization. Patients are likely to be more vulnerable to loneliness.

Human touch is medicine. The empathetic touch by the doctor or nurse matters a lot in speeding up patient recovery. Amidst the hi-tech advancements in healthcare, this touch oft goes missing.

Human touch – the most significant part of non-verbal communication: 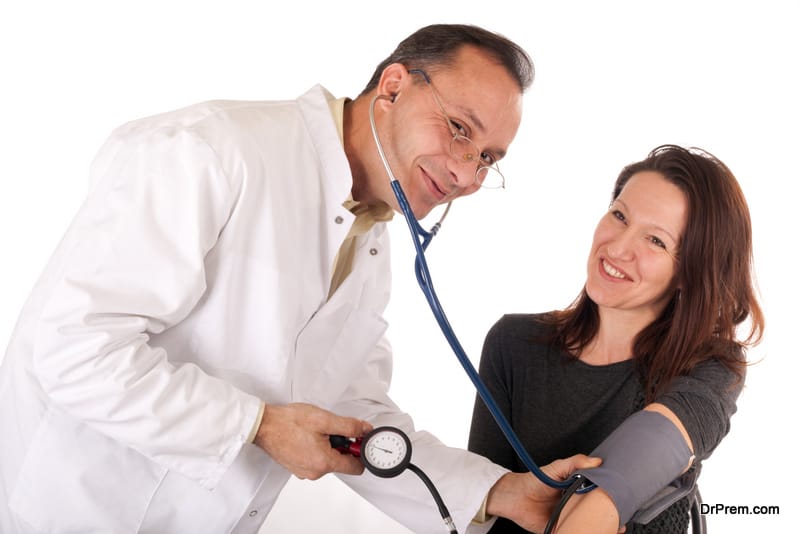 During the physical examination of a patient, the physician’s touch forms an important channel of communication. It is a key element in delivering patient-centric care. Everything cannot be communicated with words. Non-verbal communication is a dominant feature in clinical care that builds the doctor-patient rapport of which ‘touch’ plays a significant role.

A gentle pat on the back from the doctor can give the assurance that nothing is serious with the patient. The patient can feel confident that he is in good hands. All these are hidden messages that get communicated through human touch. 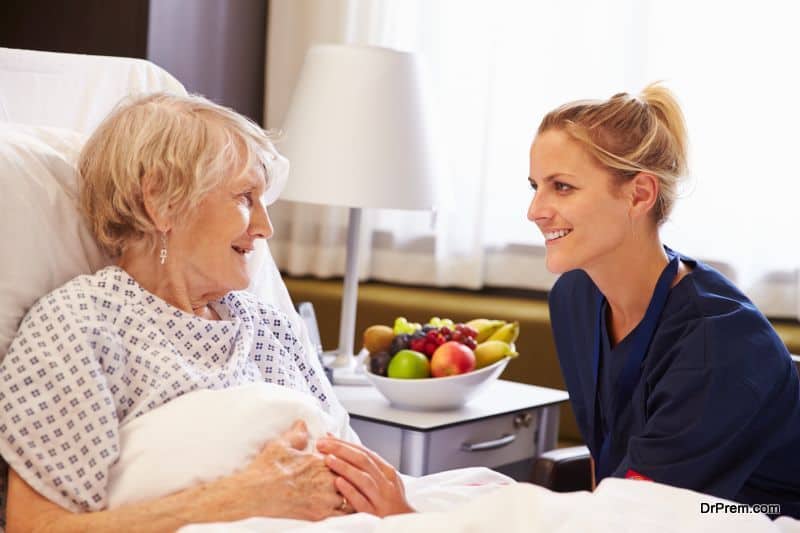 Today’s medical travelers are seeking ‘home away from home’. They look for a more personalized touch, care and empathy while seeking medical support in an alien land. An international patient is likely to be at sea in a country far away from home. Even accompanied by family members or friend, he/she is more likely to feel lonely in a hospital in a foreign country where nothing is familiar.

Emphasizing the growing importance of patient experience, medical tourism providers are taking empathy towards patients seriously. Many hospitals and clinics are arranging for training sessions to medical and non-medical professionals on the importance of personal touch and empathy. The aim is to make patients feel at home.

Personal touch needs to be ingrained in the DNA of healthcare providers from the rank-and-file staff to senior medical professionals. A caring attitude with a personal touch is reflected at the start with the breaking of communication barrier when hospital staff and patients speak the same language.

This empathetic attitude should be maintained everywhere starting from airport pickup to patient admission untill the patient gets discharged and fly back home safely. As more patients take to overseas travel for medical assistance in critical procedures, it becomes equally important for the provider to create safe, comfortable and empathetic ambience. Professionalism and personal touch can walk hand-in-hand.

When the staff pays a lot of attention to smooth running of administrative and medical procedures, few encouraging and comforting words, a gentle touch or pat can go a long way in lifting the patient’s spirits. It makes the patient feel relaxed and tension-free giving him the confidence that things will be fine in the end which helps in recuperation as well.

The success of medical tourism depends a lot on the all-out efforts in empathetic behavior of healthcare provider and staff ensuring international patients a homely ambience at a distant land where they will not feel isolated. 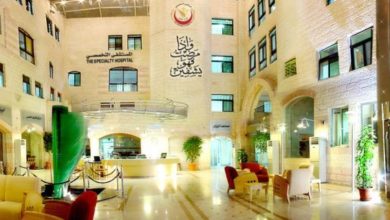 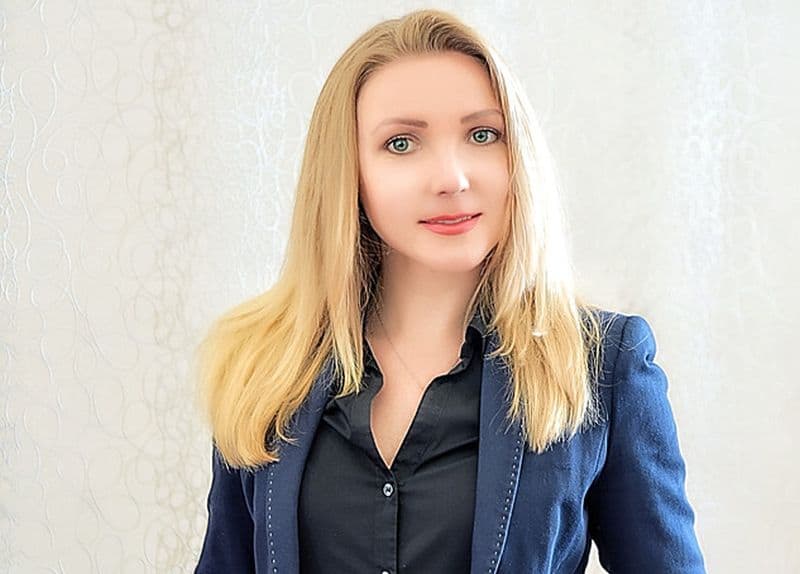 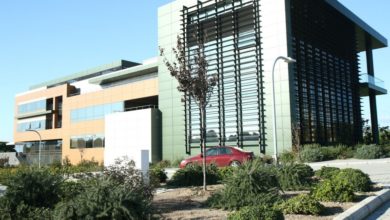 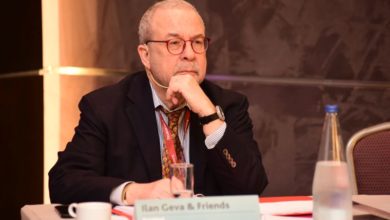