How the workers would have erected the pyramid at Giza outside Cairo lifting 3 million stone blocks weighing 2.5 tons each! – This has not only baffled tourists but also the scientists through decades and have always an issue of discontention for many as I have mentioned earlier.

After eight years of study into it, a French architect — Jean-Pierre Houdin — claimed to have uncovered the mystery about how Egypt’s 4,500-year-old Great Pyramid of Khufu was built – according to him, it is with the use of a spiral ramp the workers have hoisted huge stone blocks into place.

Along with his findings, he has also released a computerized 3-D mockup that shows how the workers would have erected one of the wonders of the world.

According to his theory, as a computer model available here, for the first 140 feet, the builders put up an outer ramp, and then to complete the 450-foot structure, they constructed an inner ramp in a corkscrew shape.

Houdin also postulated that it is through a system of counterweights, the King’s Chamber was hoisted into place. He has plans for verifying his theories through non-invasive on-site tests.

Find more on it here. 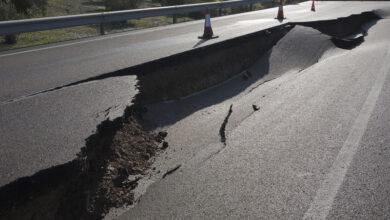