Anglers now have a voracious predator to compete with in finishing the fish stocks. Jumbo squid that can grow up to seven feet long, (2.13 meters) and weigh more than 110 pounds(49.9 kilograms) are invading central California waters and preying on local fish populations of anchovy, hake as well as other commercial fish populations .

An aggressive predator, the Jumbo squid (Humboldt squid) or Dosidicus gigas can change its eating habits to consume the food supply favored by tuna and sharks, its closest competitors, according to an article published in the Proceedings of the National Academy of Sciences journal.

With a parrot-like beak and arms covered with thousands of sharp barbs, it attacks and tries to eat nearly anything it sees, including fish, scuba divers, even its own kind. When they are pulled into the boat, they can spray water and ink up to 20 feet in the air. Sometimes hundreds of other squid surround the boat, attacking the hooked squid.

Local marine mammals need not worry about the squid’s arrival since they are higher up on the food chain, but lantern fish, krill, anchovies and rockfish are all fair game.

The jumbo squid used to be found only in the Pacific Ocean’s warmest stretches near the equator. In the last 16 years, it has expanded its territory throughout California waters, and squid have even been found in the icy waters off Alaska.

It is believed that since the populations of its natural predators, declined because of fishing, the squids moved northward and started eating different species that thrive in colder waters. Global warming or other temperature changes are also blamed for the expansion.

Seeing the damage rising temperatures and overfishing are doing to the fish stocks, so far bountiful, the oceans may just might empty out. 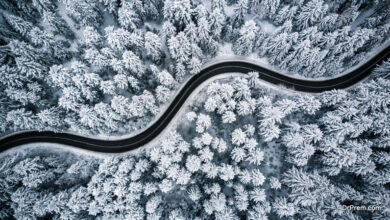