Exposure to pesticides has revealed a number of hazards related to central nervous system disorders! It has also been found that pesticides can cause Parkinson’s disease! Parkinson’s is a degenerative brain disease that eventually leads to paralysis in a patient.

But, the finding could never been established in a stronger way, as it could recently after a meeting of experts, putting together the links between animals and people, according to scientists.

Do you know, farm workers using the common weed-killer paraquat had the risk of Parkinson’s, two to three times that of the normal?

Another finding in a shocking study reveals that animals that are exposed to paraquat have a build-up of a protein — alpha-synuclein — in their brains. The mentioned protein was found to have links to Parkinson’s in the past.

And to add to the shocking links, it is found that this protein buildup can kill the same brain cells that are affected in Parkinson’s!

According to Reuters, Dr. William Langston, founder of the non-profit Parkinson’s Institute said,

All of these pieces really look like they are coming together now.

But, this recent finding puts hope that, in future, it would be able to help Parkinson’s death caused by unaware pesticide exposures.

Breast cancer survival stories compiles in a book, by a survivor 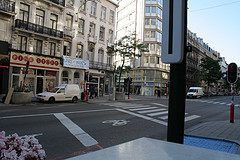 The Place Where You Dwell May Determine How Much You Weigh

Can The Risk Of Cancer Be Significantly Reduced by Consuming Omega-3 Fatty Acids?