Founded back in 1909, Max Factor and Company is a leading cosmetic brand founded by a Poland cosmetician Maksymillian Factorowicz. He worked as a make up artist with the royal ballet of Russia. In those days Max Factor and Company was a two family international cosmetic company. In 1987, Max Factor was purchased by Revlon. However, in present days Max Factor has become a well known brand owned by Procter & Gamble after it had bought it from Revlon in 1991. Attractive advertisement is the key to product success and Max Factor was very much aware of this. As Factor was familiar with many celebrities in the film line, many famous actresses could be seen endorsing the products of Max Factor.

Having worked in the film life as a make up artist, Max Factor soon came to know about the kind of cosmetics that were needed to make oneself look perfect while shooting for long hours. He realized that the theater makeup will not look good in the new film medium. This early realization, along with his experience and hard work, made him successful in meeting the new demands every time. Since he seemed to know the secret of perfect make up in the film business, very soon most of the famous Hollywood celebrities started preferring him as their cosmetician.

Many famous celebrities were seen featuring in some of the best advertisements for the various products of Max factor. Some of these commercials are being described below.

The Volume Coutur Mascara was launced in 2005. One of the most well known celebrities of those times, Carmen Electra, was endorsed as the spokesmodel for Max Factor. The advertisement for this product, featuring this famous actress, soon proved to be a big hit. The long eyelashes and the amazing definition the mascara gave to the the eyelashes of the celebrity really inspired many women to buy the product. Carmen Electra has also worked for other Max Factor products like EyeCandy, an advertisement specifically made for eye makeup products which includes mascara, eyeliner, eye shadows, etc.

The key phrase of this ad was “Feast your eyes on the new Maxeye collection”. The right side of the advertisement displayed the various eye make up products. In a halter neck dress, revealing her glowing skin, the actress looks attractive and beautiful enough to persuade the women to go for these products.

Gisele Bundchen is another well known celebrity who can be seen in the ads of Max Factor. In 2009, this famous Brazilian model and actress featured for Max factor’s Lips and Foundation products. In the advertisement, the actress can be seen wearing a furry baby pink color dress. With the perfect shade of the Foundation and other makeup items, this actress, undoubtedly, looks amazingly beautiful. No doubt, women couln’t refrain themselves from owing to the cosmetics.

Denise Richard is another famous Hollywood actress who endorsed Max Factor. This actor was featured in a commercial for a range of Max Factor products. In this ad the actress has been seen wearing a violet color gorgeous deep neck cut fitting dress. The same look of the actress was also featured in the James Bond film “The World is Not Enough”. The top right side of the ad displays “A New look, A New Star, A New Century”. Towards the bottom right is a picture displaying the wide collection of Max Factor products, which includes eye shadows, nail paints, lipsticks and many others.

In 1946, the famous Hollywood actress Donna Reed featured in the ad of Max Factor. This advertisement was for its product Tru Color Lipsticks, which was the first smear proof lipstick. The product was officially launched in 1940. Wearing a very light makeup on her face and a dark shade of red on her lips, finely defined lips of the actress look stunningly attractive. No doubt this product too was a hit.

One of Max factor’s products that gave a new definition to the film line make up was the Pan Cake makeup. This product was available in a solid cake form and had to be applied with a damp sponge. The product was a big hit because even the tiniest complexion faults could be successfully concealed by its application. The legendary actress Barbara Stanwyck was seen featuring in the ad for this product. This product was launched in 1937. However, the ad featuring Barbara Stanwyck was published in 1941. The tag line of this advertisement was “Like a miracle, it creates a Lovelier beauty”.

These were five of the many popular commercials of Max Factor featuring some of the famous celebrities of Hollywood. Other products include Pan Stik that featured LANA Turner, Lash lights, the advertisement for the new highlighting mascara featuring Carmen Electra and Max Factor Gold ad featuring Madonna. 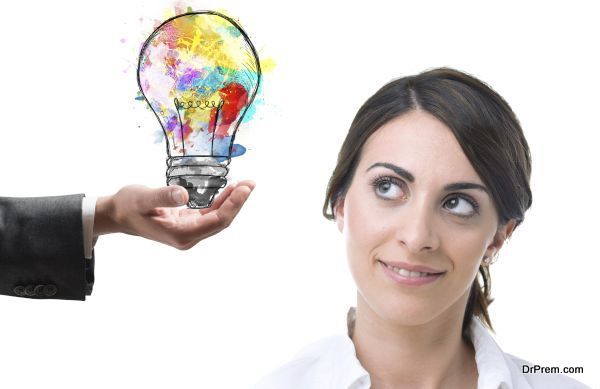 Let Colors Do the Talking: Using the Science of Colors for Marketing