Since we live in the world of advertisements, even Pepsi, the leading name in carbonated drinks cannot deny how important commercials are in making the drink more and more popular. So, is it just the glitz and glam of ads that has made Pepsi a world leader? It is absolutely not. You need to have the quality as well, to win hearts and the rest part of the act gets handled by these eye alluring commercials. But we must admit one thing for sure, Pepsi never compromised on the hefty sums it has spent so far in getting the celeb moguls hired for Pepsi commercials in order to retain the mass hysteria about this much talked about soft drink. We bring here the Pepsi commercials that we found are the best.

1. Choice of the new generation by Michael Jackson

This commercial had spices like pelvic twists, rhythmic foot tapping, heart melting vocal magic and of course, the trademark of the late pop sensation âthe moonwalkâ. The indications are thus quite clear that this commercial featured none other than the pop emperor, Michael Jackson. The surprise of the gang of kids in discovering Pepsi is the choice of this pop maestro as well and joining him in his musicality created a mood of celebration. The way they sang the saga of âPepsiâ was forceful enough to create impression in our minds. We love Pepsi for the attractive ads as well as the refreshment it provides.

2. The Stunt Double by Jackie Chan

3. The Pepsi Tango by Shakira

Shakira, shaking her hips in this Pepsi Tango made the nation go mad. It is needless to say that the magic of the ad was not only that of Pepsi, but this bubbly belle as well. A nerd looking salesman in a Pepsi counter, cajoling with a cutout of Shakira to find it get transformed to the real diva was a magic for sure! It not only made the salesman dumbstruck but we were also surprised as well. The commercial stated that it was nothing but the magic of Pepsi. Well, letâs not feel ourselves immensely lucky as well that we will have the same experience as soon we open our own Pepsi can!

Just imagine what will happen if you discover a petty Pepsi saleswoman gets transformed into Britney Spears! We are sure you do not have to look at the ad as this very thought itself will create the hysteria. This is what we saw happening in the Pepsi ad, âThe Joy of Lifeâ. Not only the saleswoman turned Britney, but the goods carrier, loaded with her crew members was also enough surprising. The dazed expression of a canteen boy to look at this âwonderâ perhaps resembled the bewilderment of the masses as well. The way the sweaty Pepsi cans clashed with each other on her comment, ‘Something never changes’, was quite tempting enough, obviously for varied reasons though!

Cindy Crawford, the name itself runs our heartbeat faster and makes our pituitary hyperactive. Pepsi knows this well. Thus, the commercial, Pepsiâs New Look featured this sensational Hollywood beauty. Two super surprised kids found their dreams come true when Cindy walked out of her pricy car on a sunny day to quench her thirst with Pepsi. We cannot blame these kids for their jaw dropped faces. Even we faced the same, looking at the sexy legs of this beauty, her titillating attire and the expression in her face as she quenched her thirst.

What will happen when Robert Palmerâs vocal talents collaborate with skimpily clad sex bombs, shaking their waists to his tunes and bottle of great thirst quencher, Pepsi? We bet whatever happens will be simply irresistible! Exactly that is what we saw in this Pepsi commercial. We are now fonder of Pepsi, not to mention the Pepsi ads for obvious reasons!

7. The Power of Suggestion by Michael J. Fox

This Pepsi commercial, featuring Michael J. Fox comes seventh on our list. Here we found a bored Michael sitting in a library filled with very serious and too studious beings. The amazing part of this ad was that the Xerox machine came to the aid of the helpless Michael in fetching him a bottle for quenching his thirst. But, we are definite that this paper Pepsi version remained a bit out of the IQ level for majority of us!

8. The God father girl featuring the sister of Jesse Eisenberg

This Pepsi gave us a ghost story as well! The girl, being deceived for a glass of Coke instead of her desired Pepsi, made her possessed! She became the âGod fatherâ. We mean to say that her vocal tone changed from that of a little totâs to a husky manly tone together with her attitude as well! So, the message was clear, never fiddle with the Pepsi drinkers.

9. Nothing Else is a Pepsi

Two men meet and become friends in an eatery. They share everything with each other except a can of Pepsi with that of a Coke! They instantly become the bitterest of enemies, fighting over the possession of a can of Pepsi. So, the message was loud and clear here too that nothing else is a Pepsi!

The football fraternity was also not left behind in joining the bandwagon of Pepsi commercials. Thus, this ad is the tenth one on our list. You can find some of your favorite football stars like Messi, Kaka, Drougba, Lampard and Henry in this funny video, where Pepsi drinking teens challenge these football moguls!

Thoughts on change in business due to digital media!

Max Factor’s advertisements and famous celebrities featured in them 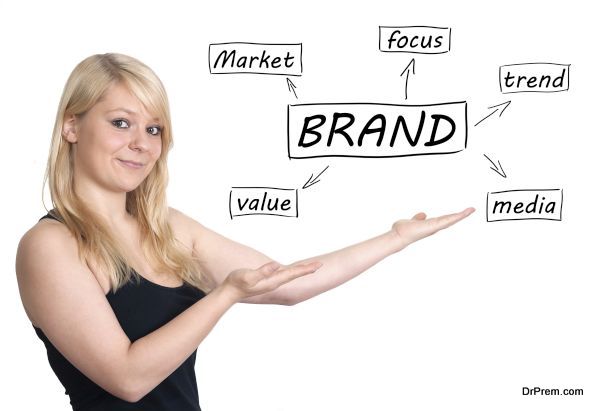 Tracking the fruits that your marketing campaigns are bearing